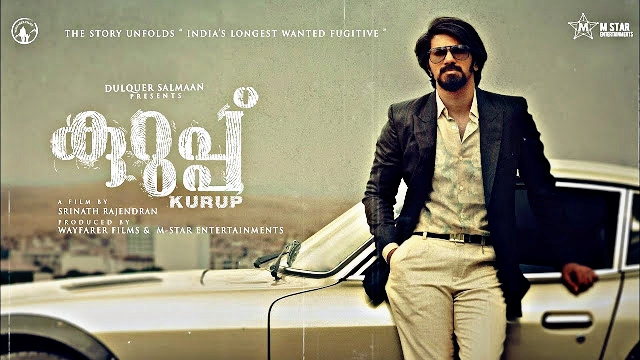 Kurup, starring Dulquer Salmaan and released on November 12th, has already proven to be a huge box office blockbuster. The Srinath Rajendran-directed film is destined to become one of Malayalam cinema’s biggest successes. Kurup has already surpassed the $100 million mark at the global box office, according to the latest data.

You read that correctly. Kurup reportedly entered the $100 million club at the global box office inside the first ten days of its release, according to industry experts. Despite the fact that the allegations have yet to be officially validated, credible sources indicate that the film has already established itself as Dulquer Salmaan’s first 100-Crore picture.

Most likely by the end of today, the producers will disclose this gigantic foot with a special social media post. According to industry sources, Kurup experienced a big surge even on its second weekend in theatres, propelling the film into the 100-Crore club in just 10 days. Once leading man Dulquer Salmaan certifies his membership into the 100-Crore club, a thorough box office collection breakdown is expected.

According to certain unsubstantiated sources, Kurup has already surpassed Mohanlal’s Lucifer and Pulimurugan to become the third highest-grossing Malayalam film of all time. If things continue to go as planned, the Dulquer Salmaan-starrer has a good chance of breaking into the 150-crore club by the end of its theatrical run.

Within the first week of its release, Kurup has surpassed the lifetime collections of Nivin Pauly’s hit film Premam. Within the first ten days of its release, the Dulquer Salmaan-starrer was also the highest-grossing Malayalam film in Saudi Arabia, Canada, and Australia. Kurup is also on track to become the highest-grossing film in the UAE and GCC.